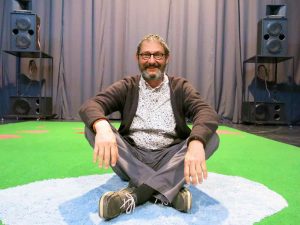 Romano Bogdan is the founder and artistic director of the Theatre Company Pinklec and the director of theatre production at the Cultural Centre Čakovec, Croatia. He is also the president of the Croatian center ASSITEJ (International Association of Theatre for Children and Young People) and the executive producer of its national theatre festival. Romano is a member of Croatian Association of Drama Artists, executive committee of the Croatian UNIMA centre (International Puppetry Association) and Croatian ITI centre (International Theatre Institute). He sits on artistic committees and juries at numerous festivals and was part of the Council for drama at the Croatian Ministry of Culture. As a director and producer, he regularly participates at festivals, workshops, symposiums and conferences worldwide. So far, Romano has directed 72 plays for children and youth.