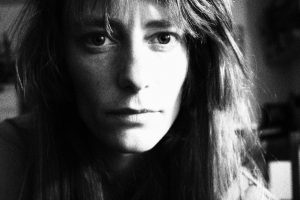 Born in 1981, she is a versatile artist creative in different fields of performing arts, from contemporary dance, theatre to performance. After finishing secondary ballet school in Ljubljana, she dedicated herself to contemporary dance and collaborated with a number of choreographers. Today she is a self-employed dancer, actress, choreographer and a mentor. Živković has participated in Via Negativa projects since 2006 and is collaborating in numerous projects with Emanat (for the seventh year in a row she is co-creating a techno burlesque event Image Snatchers, amongst other projects). Her debut as an author First Love’s Second Chance and her dance and theatre achievements led to her being awarded the Golden Bird Award in 2009. Her second author work entitled For Father’s Sake (2014) is dedicated to her father. In 20014/2015 she was employed at Bunker as a movement and artistic mentor collaborating with various primary schools across Slovenia. This is her third year as a teacher of ballet and contemporary dance in artistic high school SVŠGUGL in Ljubljana. Her third author work Sonny, exploring the phenomenon of the sworn virgins in the Balkans, won her the main prize in the ACT festival in Bilbao, Spain in 2019. The same year she was awarded the prize of Ksenija Hribar as the best dancer and performer in Slovenia. Dodgeball (2020) is her latest author work and is concluding her so-called family trilogy, of which First Love’s Second Chance and For Father’s Sake are the first two parts.