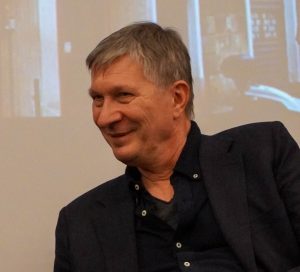 Born in Hamburg, he has worked as a cultural manager for various theaters and cultural organizations.

Dirk Neldner designed the national Kleist Year (dedicated to the famous German poet Heinrich von Kleist) for the city of Frankfurt (Oder) in 2008-10. From 2010 to 2015 he was Managing Director of the Distel, the political satire theatre on Berlin’s Friedrichstrasse.

Current projects are PlayOn! and ConnectUp. ConnectUp establishes an international cultural initiative for the target group 12+ in order to counteract the process of increasing social and cultural division across Europe.