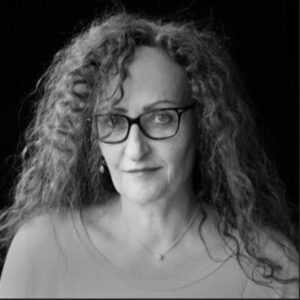 Brigitte Korn-Wimmer (* 1959 in Neumarkt-St. Veit) completed her M.A. in Theatre Studies, Italian Philology and German Studies at the LMU (Ludwig Maximilian University) Munich and worked as a dramaturge at theatres in Munich and Turin until 1991. She is the editorial director of THEATERSTÜCKVERLAG, Korn-Wimmer in Munich since its foundation in 1993. She also works freelance as a translator, author, occasionally as a journalist and as a guest lecturer at the LMU Munich. In 2007, she was awarded the ASSITEJ Preis in Berlin. In the winter semester 2022/23, she is selected by the DÜF (Deutscher Übersetzerfonds) for a visiting lectureship at the Chair of Romance Studies, especially Italian Literature and Cultural Studies in the European Context, at the Friedrich-Alexander-Universität Erlangen-Nürnberg.
She has two grown-up children and lives with her husband in Munich.