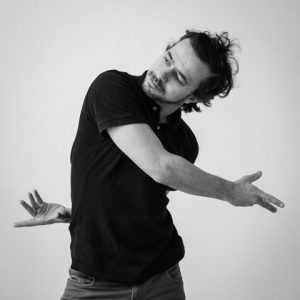 Born in Brazil in 1977, he began to study dance in 1991 and continued his studies in Germany. As a contemporary dancer he has received awards at various festivals. He has lived in Germany since 2003 and works as a guest lecturer, performer and choreographer at various theaters, universities and in independent companies. In 2012 he began his postgraduate studies in choreography (Master of Arts) at the Palucca Hochschule für Tanz Dresden and received the DAAD prize for particularly committed foreign students. In 2016 he completed the master class at the Palucca Hochschule für Tanz Dresden.

Since 2014 he has been a member of the inclusive un-label PAC / Cologne. In 2019 Wagner Moreira received the Ursula Cain Prize in Saxony for his solo I PLAY D (E) AD in cooperation with the Projekttheater Dresden. In the same year he called the C.O.R.E. (Creating Opportunities of Research & Explorations) & CORE DANCE PROJECTS together with the choreographer Helena Fernandino.

Wagner Moreira works as a choreographer, guest lecturer and performer in Germany, Belgium, Brazil, Greece, Italy, the Czech Republic, Turkey, Sweden and the USA. Since 2020/21 he works as the head of the dance company of the Landesbühnen Sachsen.