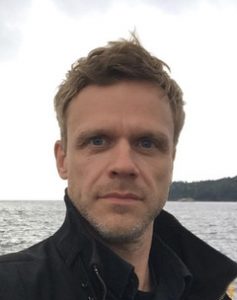 During the last year of secondary school he started performing in a youth theatre group in the city theatre of the small town he was born in. He graduated from University as an actor and later as cultural manager.For more than 15 years he has been working as project co-ordinator, tour and stage manager for several international theatre networks and productions. He also worked in a Berlin-based theatre company specialising in political comedy theatre as a director and educator with young comedians.