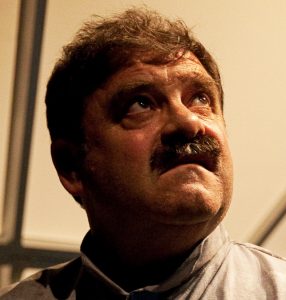 He was born in Tomar (Portugal) in 1952. He has attended different workshops in Lisbon, Paris and Brussels, in areas such as movement, music, masks, circus, juggle and others.

He works in Teatro O Bando since 1975, becoming a member of this cultural co-operative one year later. From 1975 onwards, he has leaded several courses and seminars of theatre at primary and secondary schools for students and teachers. He is responsible for the management and international affairs at O Bando. He performed in most of the plays of this company, and also worked as stage director.