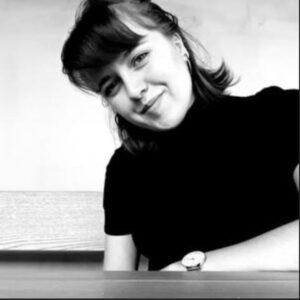 Mateja Posedi graduated in Academy of Dramatic Arts majoring in Screenwriting, as well as in the Faculty of Humanities and Social Sciences majoring in Comparative Literature.
She is an artist in the field of film art as a writer of television series for which she received support from the Croatian Audiovisual Center and as a writer and director of short films, writer of feature films and as a mentor of short feature film workshops.
In the field of theater, she worked as a dramaturgy assistant, also as a playwright for whose plays she received awards, including the second award “Marin Držić”.