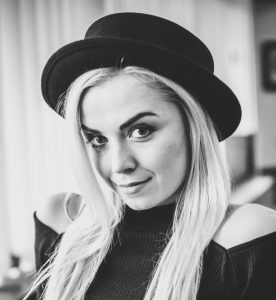 She is a member of Theatre Group Pinklec since 2003. She participated in 43 theatre performances (33 professional performances) including work with HNK Varaždin (Croatian National Theatre) and Children’s Theatre Žar ptica Zagreb. She got awarded on several festivals:

BEST ANIMATION AWARD at the 24th Croatian Puppet Festival in Osijek, 2013. for performance A tko si ti?/And who are you?

BEST PERFORMANCE as Queen / Servant in Snjeguljica mora umrijeti/Snow White must die, co-production of Theatre Group Pinklec and HNK Varaždin in the season 2013/2014 at the 16th Assitej Festival (International Association of Theatre for Children and Young People)