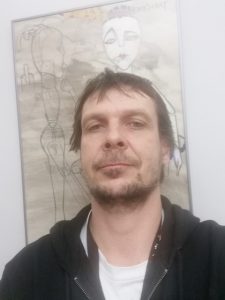 Graduated in Academy of the Art, Prague, Theatre department, theatre management.
2000 – 2008: Production manager of Naivní divadlo Liberec
2009 – 2012: Managing director of International festival of animated films Anifest
2013 – 2020: freelance producer of animated films, book Publisher
2013 – 2015: financial manager of theatre Alfred ve dvoře Prague
2015 – 2020: Director of Alfa Theatre Plzeň
Jakub Hora is working continually in the field of puppet and alternative theatre and animated films. He worked for top czech puppet theatre Naivni divadlo Liberec for 8 years, including production of international tours, two years for theatre Alfred ve dvoře, including cooperation in EU Culture projekt Bazaar and for 5 years as a director of Alfa theatre and International festival Skupova Plzeň.
He managed for 3 years biggest czech festival of animated films. He produced several short animated films, some of them were awarded. He published Czech adaptation of book by Yuri Norstein Snow on the Grass and produced three big multimedia exhibitions of master of world animation Jiří Trnka. He is the head of association Animanie, which is focused to multimedia art education of children.