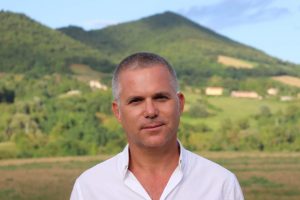 2001: he’s one of the founders of LEART (supervisor of the section Drama).

2002:he starts to oversee the network of a large number of performances, that he produced or co-produced; artistic director of Teatro Alaleona in Montegiorgio, Teatro Degli Angeli in Montelupone, Teatro Leopardi in San Ginesio and Teatro Civico in Norcia.

Since 2011 he works in collaboration with Elsinor and Gennaro Cannavacciuolo.

2012: he takes up the post of artistic consultant for Elsinor; director of Teatro Cantiere Florida in Florence.

2014: president of FIRENZE DEI TEATRI, a society coordinating the 18 theatres in the metropolitan area of Florence.

2015: General Manager in Elsinor, where he’s nominated the President in 2016.