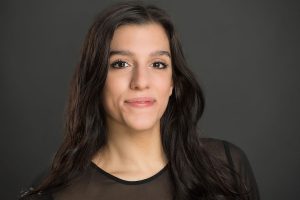 Camilla Bizzi was born in 1996 and comes from Italy.

In 2001 she began dance training in San Vincenzo / Italy and from 2010 to 2013 received her professional dance training in Florence at the Opus Ballet dance academy. Afterwards she was engaged as a dancer with the Opus Ballet in Florence under the artistic direction of Rosanna Brocanello until 2017, where she could be seen in choreographies by Gustavo Oliveira, Aurelie Mounier, Philippe Talard and Vasco Wellenkamp. Since July 2018 she has been a permanent member of the dance company of the Landesbühnen Sachsen.