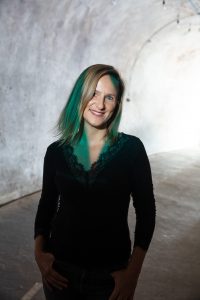 Ajda Rooss graduated from the Department of Dramaturgy at AGRFT in Ljubljana. During her studies at AGRFT she was further educated in puppetry. In 2011, she became the artistic director of the international festival of contemporary puppetry LUTKE. She has been the artistic director of Lutkovno gledališče Ljubljana (the Ljubljana Puppet Theater) since 2013. Her artistic contribution in theatre’s program is reflected in large international expansion and in many awards. Theatre partly changed the direction of creation toward experimental productions which enrich the medium of puppet theatre with other artistic styles. It ranges from cultivating the marionette tradition to contemporary problem plays for youth. In the last decade the theatre became specialised in new trends, connecting with other genres of art and the application of new materials and technologies in puppetry. She is a chief editor of the international magazine Lutka and co-curator of a permanent exhibition of Ljubljana Museum of Puppetry.