At the invitation of Teatro Elsinor, the TMP participants and the artistic directors of the theatres were able to take part in the festival Segnali and come together in workshops and round tables. After the Fair of ideas in Porto, it was the second opportunity for the TMP participants to meet live.

After completing the online seminars in February, they were able to gain practical experience on very different topics in 5 workshops. They will be able to apply the suggestions and inspirations from this in the coming months when working on the co-creations with young people that accompany the professional co-productions of their companies.

The artistic directors came primarily together to coordinate further steps in the development of the co-productions (#3). Together with colleagues from the respective partner theatres, they had the opportunity to meet the artists and teachers who completed the dual education last year and who are now, as Theatre Mediators, responsible for the participatory projects in the context of the co-production. First exciting binational project ideas were born, which will come to life in the coming months with the participation of numerous young Europeans. 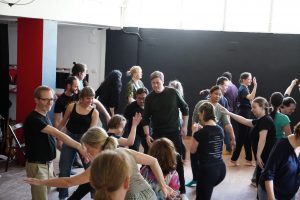 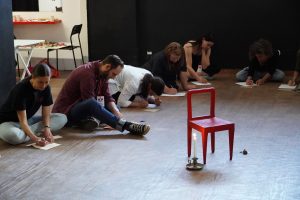 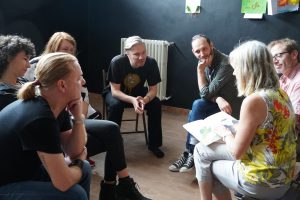 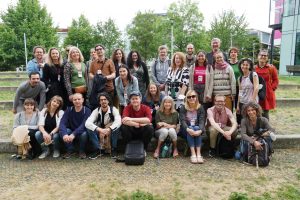 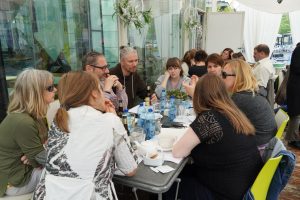 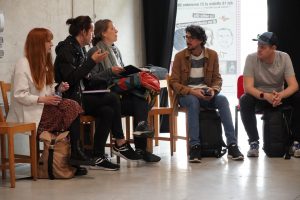 But we were guests at one of the most important children’s and youth theatre festivals in Italy, at Segnali, and of course we took the opportunity to see as many performances as possible. The festival was opened by Frogs, a politically highly charged adaptation after Aristophanes by the host Teatro Elsinor, which was created as part of connectUp. Dschungel Vienna presented Kalashnikow – mon amour, an impressive dance piece on the subject of flight, expulsion and male role models. The dance theatre group Ich bin ok. from Vienna, whose goal is the active, equal participation of people with and without disabilities in social and cultural life, could not show their production due to illness, but we were able to gain experience in inclusive work in a workshop conducted by members of the company.